The next World Cup will take place in Canada, Mexico, and the US. There will be a total of 16 venues that have been selected as host cities for the 2026 World Cup. Most of the venues are in the US with 11, Mexico with 3, and Canada with the least amount, 2. This will be the second time Mexico and the US hosted a World Cup but a monumental first for Canada.

The last time Mexico hosted a World Cup was back in 1986 when the Argentines won it in regular time against the Germans, 3-2. The US hosted the World Cup 8 years later, where Brazil brought home the trophy for the fourth time becoming the first-ever nation to do so. Brazil won it during the penalty shoot-out against Italy where Italian player Roberto Baggio gained his famous nickname, ‘The Man Who Died While Standing’, when he missed his penalty kick that inevitably gave Brazil the win.

There were only 16 spots available but with 23 venues competing there were bound to be several well-known cities (and venues) being left out. The nation’s capital, Washington D.C. was not chosen (in a joint bid with Baltimore, where games would have been played).

The Rose Bowl, the site of the 1994 World Cup final, was also passed over, with Los Angeles presenting two options; SoFi Stadium, home of the NFL’s Rams and Chargers, was chosen. Cincinnati, Denver, Nashville, and Orlando were the other American cities that were passed over for the 2026 World Cup, along with Edmonton, Canada.

The next World Cup will introduce a new format of 48 teams for the 2026 World Cup which means 16 additional teams will be added. This increase in teams means that more revenue will be generated from sponsorships, merchandising, ticket sales, and broadcast revenues, and FIFA expects to earn $11 billion over a four-year period ending in December 2026.

This much-increased profit will be used for football development around the world, with projects including investment to expand the women’s game.

With the increase of teams that can qualify for the World Cup, it would take a horrible qualification campaign to miss out on the next World Cup.

This could be a good and bad thing. More countries in the World Cup means that there is more representation for the smaller countries to make their World Cup debut. However, this could cause a huge canyon in terms of footballing ability between the big teams and the small teams. There is a chance for the smaller teams to cause huge upsets such as Qatar or Mali but at the same time, big teams like England or France can make huge score lines against the teams with lesser quality.

Argentina will be trying to defend their title as World Cup winners in 2026 against countries like Spain, Germany, and Italy who are expected to bounce back in the next World Cup with hungry young talents and old veterans with something to prove. Especially Italy who will aim to make a big comeback into the tournament.

Since the US is hosting a majority of the World Cup, expect the Americans to exceed expectations and make it far into the tournament.

There are many players we won’t and might not see at the next World Cup. Most of these players are above the age of 30 and could retire or drop off before the next World Cup. They are all notable due to their contributions to the beautiful game and will be sorely missed. The players include;

However, this does pave the way for bright and young new talent to break into the national teams. Some already known phenomena are Youssoufa Moukoko for Germany, Cole Palmer for England, Endrick from Brazil, and Alejandro Garnacho from Argentina.

In conclusion, if you thought that the World Cup could not improve in 2022 you are very wrong. 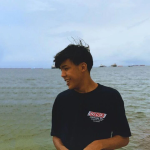